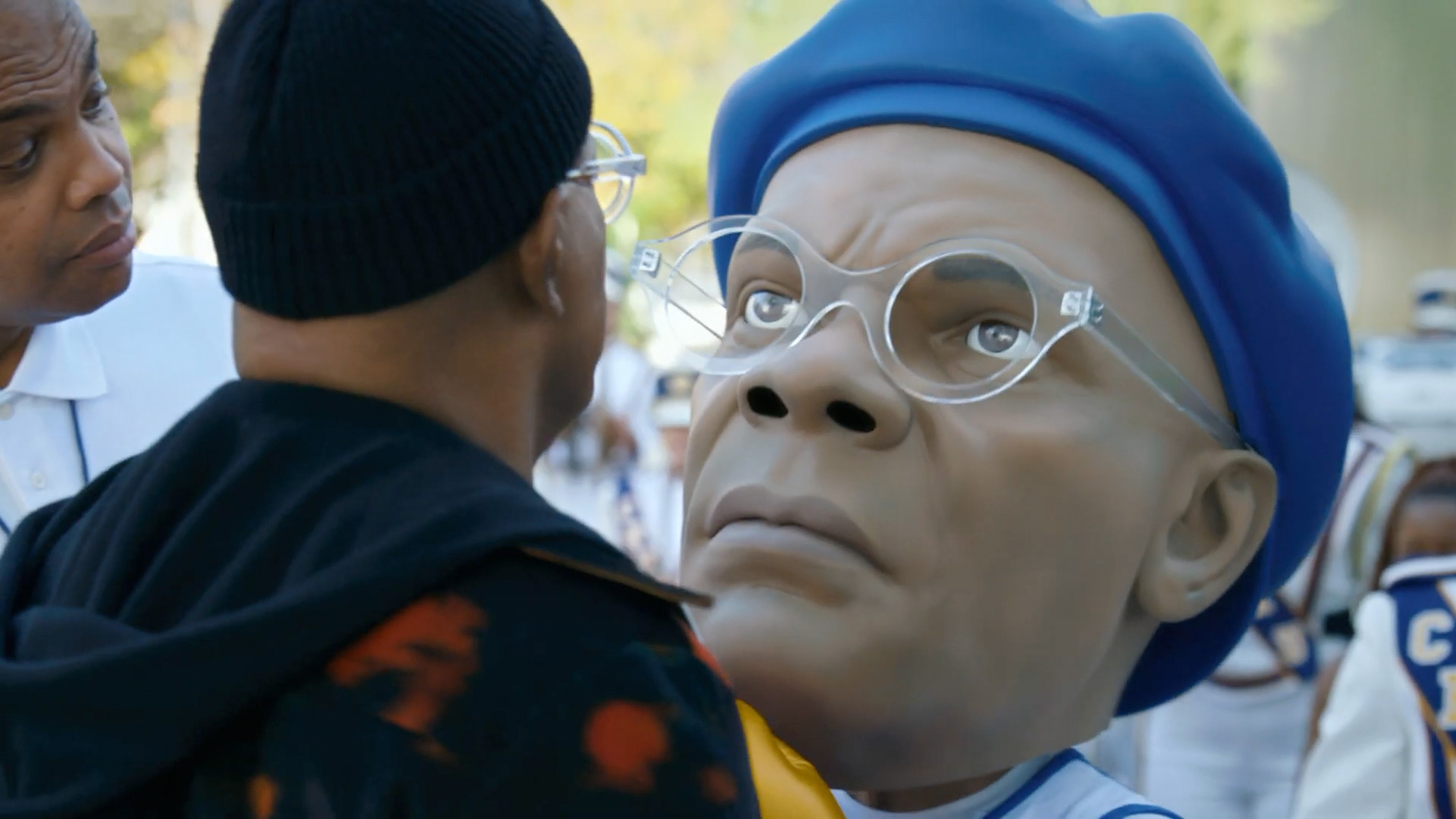 We’re talking Samuel L. Jackson, Charles Barkley and Spike Lee, back on the road for a series of fresh Capital One commercials in their annual pilgrimage to the NCAA men’s basketball tournament. This marks the beloved campaign’s seventh iteration—directed by Spike, of course. (The trio sat out 2020, at the height of Covid-19.)

By now, we know the drill. And as ever, zippy zingers, in-jokes, madcap musical moments and star cameos drive five spots created by GSD&M.

But nothing prepared us for Chuck U—or the school’s “Fighting Sam” mascot, an MVP-caliber highlight:

Chuck U? They must’ve gotten bounced in the opening round. Memo to Capital One: We want Sammy bobble-heads, preferably atop gleaming Academy Award statuettes!

“Of course, Chuck would absolutely have a badass mascot. And Sam is the most badass guy he knows. From there, it was all about striking the perfect expression,” GSD&M creative director Kevin Dunleavy tells Muse.

In other installments, Magic Johnson conjures up some plays…

“Chuck is historically the idea man in these campaigns, coming up with crazy plans or inventions,” says GSD&M cd Brett Baker. “One of his most prominent physical features is his baldness. So, what would a bald guy like Chuck think of? Easy—a barbershop.”

Finally, Chuck claims a championship—er, make that a “Champion Ship”—as the guys roll down the river in high-steppin’ style:

“We really wanted to connect the men’s and women’s tournaments, so we were super excited when we realized that the Mississippi river literally connects the two cities where the championships are being played. The team turned that insight into the ‘Champion Ship,'” says agency cd Jon Williamson.